Wait, He Was HOW Old When They Got Together? 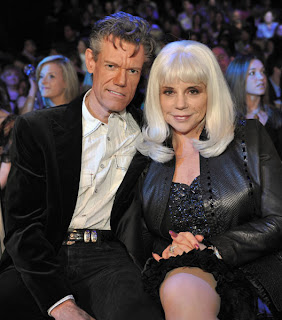 Randy Travis is 51.  Libby Hatcher is 69.  They first met 34 years ago, when Randy won a music contest at Libby’s bar in Charlotte, NC.  Math tells me that she was 35 and he was 17.  They formed a business relationship that after a few years blossomed into a romance and eventually a marriage.

Now it appears that Libby can blame a younger woman for the death of her 19-year marriage.  The divorce of Randy Travis and Elizabeth “Libby” Hatcher was finalized yesterday.  Rumor has it the split was prompted when Libby caught Randy in the clinch with their dentist’s wife, who is herself 51.

One imagines Randy enacting the classic symptoms of a mid-life crisis, marveling at having sex with a woman who isn’t yet finished going through menopause.  Positively decadent!

Libby is staying on as Randy’s manager.  How weird is that going to be?  Given that the couple’s assets will be split between them, now seems a perfect time for Libby to retire and enjoy herself.  But I imagine that to her it feels like retirement would just reinforce her age.  And he probably agreed to retain her out of guilt.  He owes her so much, and it’s bad enough that he’s taking her Mrs. Randy Travis role away from her. He can’t take the role of Randy Travis’s Manager away from her, too.

I suspect that in a few months, they will both conclude that it’s just not working.  At that point, I hope Libby takes her share of their assets and goes for an extended European vacation.  And that she returns from that vacation accompanied by a distinguished gentleman of mature years who is charmed by her wit and bewitched by charm.  Meanwhile, the dentist’s wife will become a fuzzy memory, crowded out by the bevvy of 50-something women parading through Randy’s touring bus as he revels in his new life as a single man.
Posted by Breakup Watch at 11:42 AM

Email ThisBlogThis!Share to TwitterShare to FacebookShare to Pinterest
Labels: randytravis