Sometimes Dirrty Girls Get the Blues 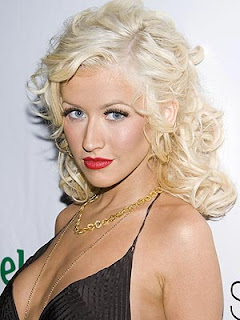 What a busy week here at Breakup Watch headquarters!  It seems that the Aguilera-Bratmans were standing in line behind the Dern-Harpers and the Cox-Arquettes at the Divorce Store this weekend.  There must have been a Columbus Day Sale.  Thanks for keeping the economy going, guys!

Jordan Bratman is a “music marketer.”  Sounds like a match made in heaven for Christina, who is known for carefully managing and periodically refreshing her brand.  From former Mousketeer pop princess, to Dirrty Xtina, to the Euro Vamp she is today, Christina has always made sure to that what the public sees is only what she wants the public to see.  Cf. Mickey Mouse Show classmate Britney Spears, who is only now starting to get her public persona under control and has so far failed to link that persona to her actual stage performance.

But give it some thought, and you’ll realize the Christina-Jordan union was had very little hope.  Having their personal lives and professional lives so closely linked exaggerates the peaks and valleys in those lives.  If Christina’s not as successful as she expected to be, she can blame Jordan, and Jordan can get defensive.  If Christina’s successful but annoyed with Jordan, she can claim to be be successful in spite of him, and he can claim to be taken for granted.  Commence downward spiral.

Add to that the fact that Christina started performing at 10 and got married at 25.  Now, in my opinion, people under 30 are not qualified to be married.  If you grow up a performer -- like Christina -- add 7-10 years before you’re ready to form a workable life partnership.  It’s not that I have something against 25-year-olds.  It’s just that, unless you’re a 13th century serf, you’re not fully formed at 25.  You haven’t learned how to hire contractors to work on your house.  You haven’t entered into, endured, and escaped from soul-crushing relationships with jerks.  And it’s those relationships that teach you how to choose your partner in life.

So, yeah, Christina and Jordan have separated.  The question isn’t “How did this happen?”  The question is “Who didn’t see this coming?
Posted by Breakup Watch at 10:14 PM