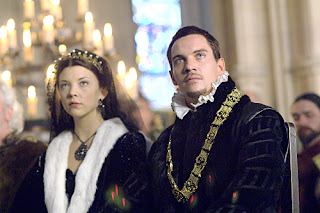 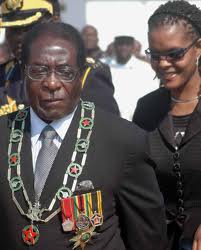 OK, so I didn’t call that one quite right.  It’s pretty clear I didn’t factor in an important -- if obscure -- variable:  a wandering husband with near absolute sovereign authority.  Beholden to no one, the unfaithful spouse can take his folly to its logical extreme.  He was bewitched by her beauty and sexuality before, so once he’s tired of her, he can accuse her of being an actual witch.  Separating from the first wife turned into a long, tortuous, starter divorce, in which it took forever just to get her to move into her own apartment.  Having lived through the delicate ballet of entertaining his girlfriend while his wife was still making his shirts, a husband knows know how to streamline the effort the next time around.  Divorce simply takes too damn long!  There’s got to be a more expedient way to get out of this marriage.

The other variable I left out:  powerful friends with a vested interest in the outcome of your relationship.  Everyone has an angle in this world.  Get the king to look on your daughter with favor and ensure the wealth and fame of your entire family.  (Until he changes his mind, of course.)  Get a job playing first fiddle for the second wife, and find yourself receiving an intense height adjustment on the rack.  No accusation is too outrageous:  She did it with a hundred men!  She did it with her brother!  She did it with the third knight on the left who hosted a joust at great personal expense because the king asked him to!

But it’s still a script.  Maybe a less common one, but with its own standard features nonetheless.  Witness the plight of Grace Mugabe, the young wife of old President Robert Mugabe of Zimbabwe.  Grace was Robert’s mistress and bore him two children before his first wife died.  At which time they celebrated “the Wedding of the Century.”  She is now facing public accusations of infidelity, attributed at least in part to tribal competition for the ailing Mugabe’s wealth and power in this time of his dotage and in anticipation of his post-dotage.  The president’s sister informed him of the rumors on her deathbed.  Consequently, a bodyguard was poisoned simply for knowing of these rumors.  Suspected past lovers have also been eliminated.  Various factions in Harare and environs are undoubtedly jockeying for advantage -- or safety -- at this very moment.

Too bad they weren’t keeping up with their sensational British historical dramas.  Or maybe they were . . .
Posted by Breakup Watch at 9:39 PM